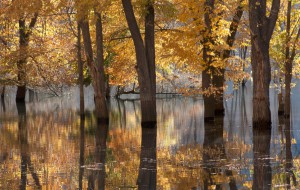 The most beautiful people we have known are those who have known defeat, known suffering, known struggle, known loss, and have found their way out of the depths. These persons have an appreciation, a sensitivity, and an understanding of life that fills them with compassion, gentleness, and a deep loving concern. Beautiful people do not just happen.
Elizabeth Kubler Ross, 1926-2004
Swiss-born Author and Psychiatrist 1. Don’t be afraid to recalibrate your goals.
In her introduction, Fadiman recounts a story told to her by Keegan’s parents, about a sailing competition Keegan had entered when she was 14. Though she was a junior sailor, Keegan believed she could beat everyone, no matter how much more experienced they were. But the day was stormy, with 40-knot winds and 3-foot waves that caused her boat to capsize repeatedly. “Marina’s original goal had been to win,” Fadiman writes. “Her new goal was to finish. She came in second to last, to incredulous applause. She was soaking wet, her hair was bedraggled, and her hands were bloody from gripping the lines.”
2. You’re not alone in thinking you’re unworthy. Just keep it in perspective.
“I’m so jealous. Unthinkable jealousies, jealousies of the Pulitzer Prize-winning novel I’m reading and the Oscar-winning movie I just saw. Why didn’t I think to rewrite ‘Mrs. Dalloway’? I should have thought to chronicle a schizophrenic ballerina. It’s inexcusable. Everyone else is so successful, and I hate them.” But, she adds, “someday the sun is going to die and everything on Earth will freeze. This will happen. I used to think that printing things made them permanent, but that seems so silly now.”
3. You don’t have to pursue goals that you despise.
“What bothers me is this idea of validation, of rationalization. The notion that some of us (regardless of what we tell ourselves) are doing this because we’re not sure what else to do,” she writes in an essay about how 25 percent of Yale grads would enter the consulting or finance industry. “That’s super depressing! I don’t understand why no one is talking about it. I feel like we can do something really cool to this world. And I fear — at twenty-three, twenty-four, twenty-five — we might forget.”
4. Value life — all of it.
“People are strange about animals. Especially large ones,” she writes in one essay. “Daily, on the docks of Wellfleet Harbor, thousands of fish are scaled, gutted, and seasoned with thyme and lemon. No one strokes their sides with water. No one cries when their jaws slip open. I worry sometimes that humans are afraid of helping humans. There’s less risk associated with animals, less fear of failure, fear of getting too involved.”
5. It’s never too late (even if you’re not in your 20s).
“What we have to remember is that we can still do anything. We can change our minds,” she writes in the book’s titular essay. “We can start over. Get a post-bac or try writing for the first time. The notion that it’s too late to do anything is comical. It’s hilarious. We’re graduating from college. We’re so young. We can’t, we MUST not lose this sense of possibility because in the end, it’s all we have.” Do not fear what may happen tomorrow. The same loving Father who cares for you today will care for you tomorrow and everyday. Either he will shield you from suffering or He will give you unfailing strength to bear it. Be at peace then and put aside all anxious thoughts and imaginings.